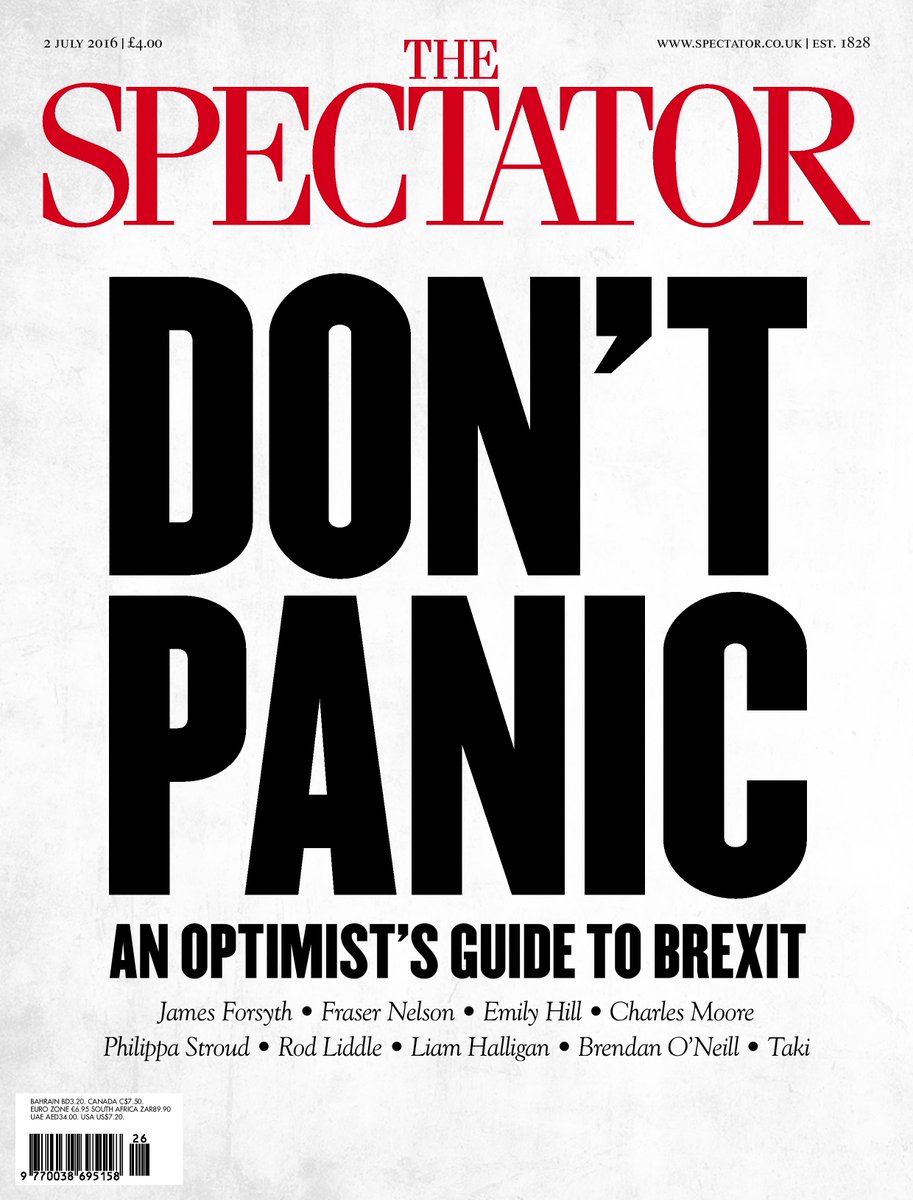 Earlier I reflected on covering terror, which is crime plus catastrophe plus trauma. We have now gone through the referendum to remove Britain from EU. While the result may not be a crime or catastrophe, in fact technically it is the plain workings of democracy, my social media is pretty traumatized by it. So am I. The financial and leadership chaos compounded the trauma; as was widely noted, the Prime Minister’s resignation was only the third biggest news story of the day.

Despite the use of #independenceday hashtags by Leave supporters, the coverage pattern for this kind of secession story is far from obvious. Should we refer to Kosovo in 2008 to see what kind of stories to expect? How about India in 1947? South Carolina in 1860? That will have to wait for longer hindsight. For coverage on the day, however, there were some threads in common with the close 2000 US presidential election which also took us to an untested place in the rulebook, requiring a month of recounts and a Supreme Court decision to resolve.

1. What next? Explaining the next steps seemed to be a morning-after story – it’s almost as if the press feared talking about Article 50 and related exit procedures too much in advance because that might influence the outcome. There were some future stories before the exit, but they either weren’t very dispassionate or weren’t very certain of themselves and either way didn’t get much play. The same lack of advance roadmaps was noticeable in the Scottish referendum. Another reason the press didn’t spend much time on models and mechanisms might be that they didn’t know what was coming next because the law gives so much discretion to the Prime Minister. Indeed we still don’t know what is going to happen.

Even in terms of what rights and memberships would need to be renegotiated, which you’d think would be easy to look up, facts were scarce. US voters get more hard information when we’re voting on a bottle recycling charge (p.6) than British voters got on their nation-defining referendum. That Massachusetts voter information booklet, containing legal texts up for referendum voting, plainspeak versions of the texts, and statements from both sides, is sent to every address in the state before every major (biennial) election. Similar versions are printed in newspapers and online: here is an apparently independent ballot explainer wiki page  on bottle deposits. Perhaps that’s the point: the more trivial the decision, the clearer it is what’s at stake. But I’d like to think that better voter instructions would have been possible on Brexit as well. The question is who would be taken seriously as a source of them. Not the government, which tried to stuff mailboxes with Remain leaflets. Not the press, which for the most part transparently backed one side or the other. 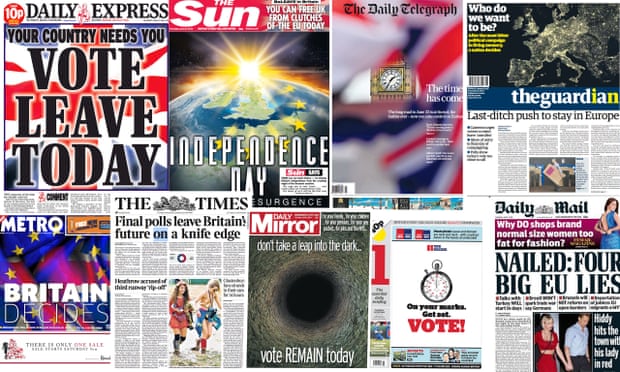 It seems that in Britain there is no credible broker who is trusted by all sides to present some least common denominator of the truth. Not even the BBC, probably, if this was perceived as an elites vs. people fight.

2. Market reaction. From the market reaction, the general up or down flavor will be read. Because markets can’t be wrong. (Conversational lines I always found troubling: “The market likes it, so it has to be an up story.” “But it was a bad thing to do! They’re firing people.” “Yes, but it’s an up story.” / “The market hates it, so it has to be a down story.” “But it was good news! They made a profit.” “Yes but the market’s disappointed, so – down.”)

3. Winners and losers. Elite winners and losers, that is. So Cameron out, Johnson and Trump ascendant, Osborne and Corbyn trying to hang back and think it out, probably. [1 month later: Well, that was crazy wrong.]

4. A nation divided. “We live in two different $NATIONs – who knew?” Everyone, but we politely forget it most of the time – and two is a simplification. We are all Canadians, all Belgians, all Europeans, all barely held together by what we occasionally recognize as fragile alliances. Would that it were otherwise. We’d get more done. Diehard Remain voters, and foreigners, are clinging together just as Americans did after the 2000 election result and the shock after 9/11. Do they really hate us enough to vote against us? WTF?

It’s hard to believe that 20 years ago, the only explicitly pan-European newspaper was being published by a British press baron.

Later links:
The Cultures podcast on Brexit: why were we surprised?
EU statistics from the FT including the splendid “city zones” graph of the various subsets of the EU
The Guardian’s Brexit quiz: one month on, how much do you know?
Brexit Blues, John Lanchester

Core of this post written on the day and posted to a closed feed; revised and open-posted a month later.

Posted on 24 June 2016 by Diana ben-Aaron
This entry was posted in Uncategorized. Bookmark the permalink.